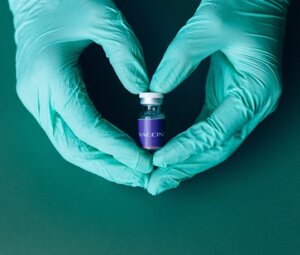 Vaccines are one of humanity’s most important inventions as they help protect public health and save millions of lives every year. By stimulating the body’s immune system to elicit an immune response, vaccines have protected people from deadly diseases such as smallpox, rinderpest, and malaria, among others.

Traditionally, vaccines are made from weak or inactivated forms of pathogens. Bacteria and viruses in this state are unable to reproduce or reproduce poorly, making them unable to cause disease. Once they are introduced into a patient, the body’s immune system kicks in, attacking the pathogen and creating memory B cells in the process that help protect against a similar attack in the future.

Over the years, advancements in technology have enabled scientists to develop vaccines using the genetic material of viruses and bacteria. Today, these next generation vaccines using recombinant proteins have been utilized to create more effective shields against deadly diseases and protect public health.

DNA vaccines are third-generation vaccines that rely on genetic material to trigger an immune response. They use small, circular DNA molecules, called plasmids, to introduce bacterial or viral genetic material into the body. Upon entering the human cell, the DNA makes its way towards the nucleus, where enzymes convert the gene to messenger RNA (mRNA). The mRNA must then travel to the outer cytoplasm of the cell, where separate enzymes convert it into bacterial or viral protein.

An immune response is triggered once the immune system identifies the protein as a foreign body. Memory immune cells are formed during this process, which is helpful in providing continued immunity against future attacks. Although the plasmid DNA will degrade within a few weeks, immunity to the pathogen remains.

DNA vaccines were first introduced in the early 1990s as an alternative to the prevailing use of traditional vaccines. Although traditional vaccines were effective in preventing the spread of some highly infectious diseases, the manufacture of these vaccines was still highly sensitive. Scientists would often handle live pathogens on a regular basis, posing safety concerns to the scientist while also risking large-scale contamination due to improper handling.

With the numerous challenges associated with traditional vaccine development and manufacturing, scientists sought alternative methods to produce effective vaccines while minimizing risk, giving rise to the development of DNA-based vaccines.

How are DNA Vaccines Used? 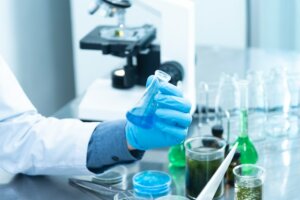 Today, many clinical trials have been set up to investigate the effectiveness of DNA vaccines against HIV-1 and several types of cancer, including pancreatic, breast, and lung. Ongoing and previously completed human trials for these diseases exhibited promising results, showing boosted DNA-primed T cell responses in human test subjects.

Aside from the DNA vaccine examples provided above that are currently still undergoing human trials, one DNA vaccine was recently approved for emergency use in humans. The ZyCoV-D vaccine, developed by Zydus Cadila of India, was approved for use to help combat the COVID-19 pandemic. It is administered using a high-pressure device to allow the vaccine to penetrate the skin. Its approval is crucial as it represents a significant step forward for all DNA-based vaccines.

It is not correct to ask the question do vaccines cure viruses? The question should be whether vaccines can cure pre existing diseases. The short answer to that is: yes, it is possible thanks to therapeutic vaccines.

The primary function of vaccines is to provide protection against disease by preventing it from happening in the first place. Therapeutic vaccines are used after a person has contracted a disease, offering a way to treat the disease while boosting the immune system to protect against future infections. Many of these experimental approaches have been described in the book DNA Vaccines Methods and Protocols.

The immune system already does an excellent job on its own in preventing certain diseases. But for some diseases like cancer, HIV, and Alzheimer’s disease, the immune response triggered is insufficient to combat the disease. In some cases, the immune system shuts down entirely, such as in the case of HIV.

The Future of DNA Vaccines

The future of DNA vaccination appears to be bright and promising. Although many aspects of the immune response generated by DNA vaccines are still being researched, the progress toward creating sustainable solutions for protecting public health continues. Several clinical trials are already underway and have exhibited promising results.